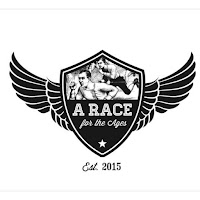 Get the boring stuff out of the way!

I will dedicate a few paragraphs to my run at A Race for the Ages.   However, the real story is about the amazing group of legendary ultrarunners that were brought together for this event.  Their accomplishments and stories are amazing.   It was truly an honor to run with this field of greats.

My experience with timed events was forged at the Delano Park 12 Hour Run in Decatur, Alabama.  I've toed the line at this race several times over the years and really enjoyed the format of a timed race.   They really become an event as much as a race.  You get to run, socialize, and generally just have a good time. So, when I saw that Gary Cantrell (aka Lazarus Lake) was putting on a timed event in Manchester, Tennessee, I signed up immediately.   For those that have been hiding under a rock, Laz is the legendary race director and founder of the Barkley Marathons and Strolling Jim, just to name two of his races.   So, I knew this event would be special....and by special, I mean painful. 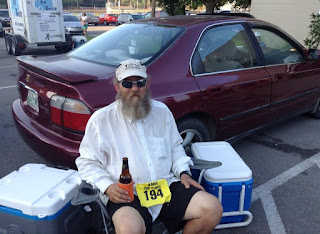 (The architect, Lazarus Lake.  Laz got in 101 miles over 61 hours.  And yes, one night as he rounded a curve on the course, I saw him reach into his shirt pocket, pull out one of his signature Camels, and light up.  Old school.) 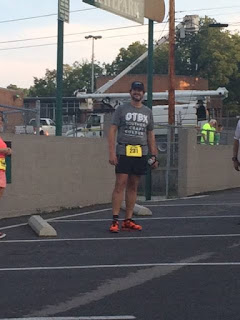 (Prior to my start on Saturday)

The long and the short of my race is I got in 120 miles over 48 hours.   I slept too much.  I burned over two hours Monday afternoon sawing logs, when I should have been running.  Lesson learned:  Set the alarm on my phone!  It was hot and humid and it was on black top.  The end.

However, I did have some great moments out on the course.   One of the best moments came when I was running with DeWayne Satterfield and I heard Joe Fejes coming up behind us.   Most ultrarunners have a distinct "thing" they do when they are running in the zone.  Satterfield has his grunt, but Fejes has this little staccato cough.   So you can hear Joe coming before he ever passes you.  Needless to say, I got used to Joe passing me.   But this time, I said to DeWayne, let's pick up the pace and run with Joe.   Now, DeWayne had already ran several loops with Joe earlier, and he said, "We'll burn out our legs."   I think that was DeWayne's nice way of saying, Shar, you will burn out your legs.

Anyway, as Joe passed we picked up our pace and took off.  Fejes smiled and asked me how I was doing (I was just holding on)....Anyway, we ran about three quarters of a mile with Joe.  I jumped out in front, followed by DeWayne and Joe.  I fell off as we passed the Start/Finish line, and they just kept trucking.

Another great moment came when I was running with Tom Possert and he was pointing out all of the great runners on the course and their accomplishments.  Tom is like an encyclopedia of ultrarunning knowledge.

I also had a chance to meet Ann Trason and tell her how much I enjoyed reading her "Ask Ann" column in Ultrarunning magazine.   She later told me to submit a question to "Ask Ann" about the race.  So, I did.  We will see if my question makes the cut!

Others that I had a great time with were Christian Griffith, a guy whose blog got me hooked on this crazy sport of ultrarunning; Kelley Wells, who I met the first time I DNF'd the Graveyard 100 and again this year when she won the Graveyard and I went sub-24; Jeff Deaton, who I met a couple of years ago when we ran the Snakebite 50K and later Thunder Rock 100, and "The Kid" John Nevels, who, a couple of years ago, ran from south Alabama all the way to north Alabama to raise money for victims of the terrible tornado outbreak we had in the State.

Let me wrap this up by providing some brief bios of just a handful of greats that were on the course.

Edwin Demoney (81):  "...best known for his pivotal role in the foundation of trail running on the East Coast."  His 100 miles at A Race for the Ages placed him in one of the most exclusive clubs in ultrarunning -- he has completed 100 mile races in five consecutive decades.

Ann Trason (55):  "Trason has broken twenty world records during her career."  14 time Western States 100 winner and held the women's division course record for 18 years.  4 time women's winner at the Leadville 100. Winner of the Comrades Marathon.  (My hands would fall off if I kept typing all of her wins and records.) 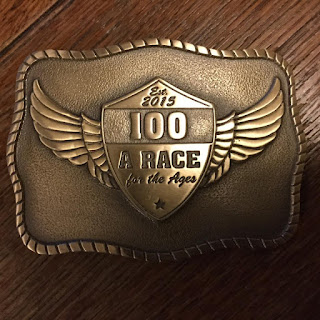 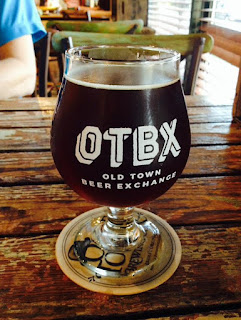 (This was my first race as a member of the OTBX Racing Team.  Don Alan Hankins provided lots of good beer.  David Holliday, my OTBX team member, brought it up.  Those cold beers were a highly sought after commodity at the end of a very hot race.)

I started running seriously as I approached my 40th birthday. I decided to do 4 marathons that year to mark each decade of my life. No doubt, it was an arbitrary challenge, but it was a lot of fun. Once I did that, I started looking for other challenges. I discovered trail running, and I took the plunge. I've never looked back. Since then I've done over 20 ultras and trail runs and over 10 road marathons, and I'm still having fun and I'm not through yet! (Also, as far as the name of the blog goes, Huntsville, AL is known as the Rocket City because it's the home of NASA's Marshall Space Flight Center -- where the Apollo program's Saturn V rocket, and the Space Shuttle's engines were developed....and there's more cool stuff to come.)

Where I Get My Stuff